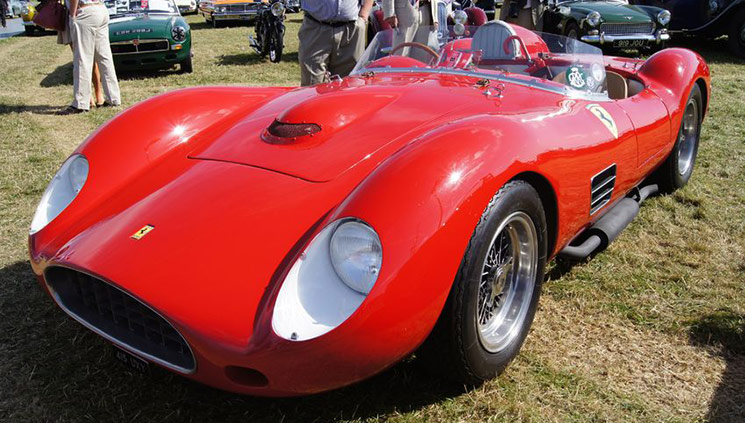 In a tradition dating back over half a century, the world’s greatest cars and their collectors converge annually at the Pebble Beach Concours D’Elegance . On August 20, 2017, just under 200 of the world’s top collector cars will be displayed on the 18th fairway of the legendary Pebble Beach Golf Links. The Concours itself is the culmination of an exciting week that this year will pay tribute to Ferrari’s 70th anniversary..

The History and Tradition of the Concours D’Elegance

The first Pebble Beach Concours D’Elegance was held in 1950 in conjunction with the city’s Pebble Beach Road Race. In addition to the race, won by a Jaguar XK120, there was an exhibition of two to three dozen cars in three classes: pre-war, post-war, and MGs. The exhibition was and thereafter became an annual gathering.

In 1952, the Concours moved from the Beach Club to the lawn of what is now the Lodge at Pebble Beach. Classes of cars were changed to distinguish vehicles based on type and cost. By the mid-1950’s the show began to focus much more on vintage, classic, and antique cars. In 1967, Bob Hope took the stage to entertain Concours attendees. Since then, Jay Leno has done the honors on several occasions, and Jerry Seinfeld will be on hand for a forum at this year’s event.

2017 marks the 70th anniversary of one of the most iconic names in sports cars – Ferrari. The first Ferrari, a 125 Sport with a 1.5-liter V12 engine, hit the open road in 1947. Some of the company’s greatest successes and following over the past seven decades came out of California, a big factor in why the company will celebrate the North American leg of this milestone anniversary at the Pebble Beach Concours D’Elegance.

Ferrari’s were a common sight at the Pebble Beach Road Races in the 1950’s. A Ferrari first made an appearance in the city’s Concours D’Elegance in just its second year. A 166 MM driven by James Kimberly appeared at the 1951 Concours D’Elegance, and a Ferrari 212 Export Touring Barchetta was seen the following year. By the mid-1950’s Ferraris were winning every Pebble Beach Road Race and the Concours hosted its first full class of Ferraris in 1973. In 2014, a postwar Ferrari won the Concours’ top award for the first time. The winner was a 1954 375 MM Scaglietti Coupe owned by Jon Shirley.

The 2017 Concours D’Elegance promises the excitement, glamor, and class that car enthusiasts have come to expect from the event, with a special nod to Ferrari’s milestone celebration. Auctions presented by Gooding & Co. will begin on August 16, and there will be a variety of forums and viewing events throughout the week. The Pebble Beach Concours D’Elegance will take place on Sunday, August 20 with exhibitions and displays all day. Any car enthusiast or collector who hope to get a view of either classic Ferraris or the company’s latest masterpiece, the GTC4Lusso, will make sure that they are on the 18th fairway ready to do some California dreaming.

Celebrate Ferrari & Concours D’Elegance 2017 with our 1964 Ferrari 250 GTO Cufflinks, our 1974 Ferrari GT4 Cufflinks or any one of our Ferrari-inspired, luxury products by GTO London.